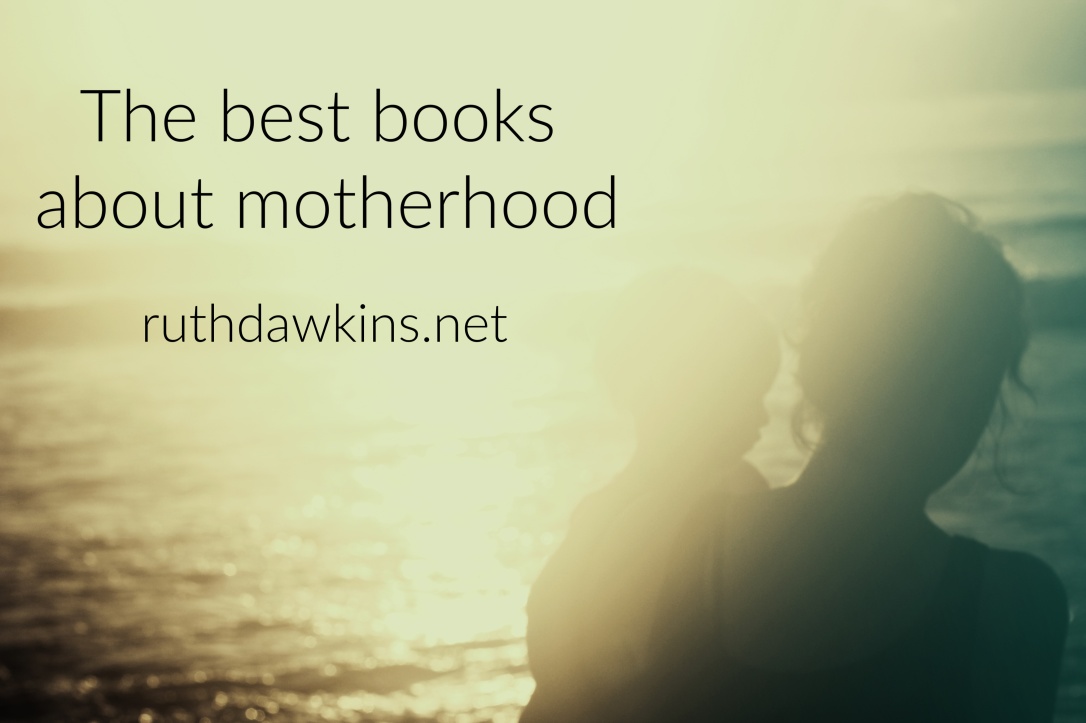 Quite accidentally, I seem to have found myself reading a lot of motherhood memoirs recently.

My own son is now ten years old – the drudgery of sleepless nights is well behind us – but the tears and laughter that have been prompted by my recent reads would suggest that the memories of those early days are still quite raw.

I thought it would be useful to compile a list of my favourite reads about motherhood. Others may well disagree, but I always found fiction, memoir and poetry to be far more useful than how-to manuals and parenting guides. Sometimes all you need to know is that someone has else lived what you’re currently living, and come out the other side of it alive.

This beautiful memoir caused some controversy when it came out, because Cusk dared to admit that she didn’t love every single minute of being a mother. I did, however, love every single word of the book. It gave me permission to feel the full range of emotions associated with being a parent, especially in the early days. The sadness, frustration and resentment that can build as a result of exhaustion, boredom and out-of-whack hormones. This is the book I now push on other frazzled new mums. ‘Read it,’ I say. ‘Lock yourself in the loo and read it while the baby cries if you have to. Just know that you’re not alone.’

Welcome to Your New Life is a memoir that’s similar in many ways to Rachel Cusk’s, but from the perspective of a classical concert pianist rather than a writer. It’s a warm and funny read that conveys the combination of absolute wonder and terrible anxiety that comes with having a baby. It also grapples with the loss of identity that can accompany motherhood: when you’re used to doing a job in which the amount of effort you put in has some bearing on the results you achieve, it can be a real shock to look after a newborn and discover that the equation doesn’t work that way anymore.

Hollie McNish: Nobody Told Me

I’m currently on my fourth copy of this book because I keep giving it to friends. Scottish poet Hollie McNish is fierce, honest and so funny. This memoir in poetry is an absolute cracker – and a perfect gift for new mothers because it’s such an easy book to dip in and out of. Spanning pregnancy, birth and the first three years of her wee girl’s life, this is a book that I’ve returned to time and time again. There is no topic too raw, terrifying or embarrassing for McNish to tackle.

Goodness, this is a beautiful book. First published in 1995, it’s a memoir of a year as a mother, structured by season. Although it reads as the story of one child, it’s actually the story of Erdrich’s three daughters combined into one. She writes with delight about the benefits of connecting with nature: the walks she takes in the woods around their house, and the birds she encounters there. She also writes about the dark, despairing hours of the night when she’s up to feed the baby and no-one else is awake. And, in some of the sections that resonated most with me, she wrote about the challenges of trying to be a writer and a mother simultaneously.

When I lived in Scotland, I remember reading Chitra Ramaswamy’s columns in a national newspaper, and always enjoyed her straightforward style. Reading this more recent memoir of pregnancy and birth brought back some very specific memories because I realised during the course of it that we had some shared experiences: the same pregnancy yoga instructor in Edinburgh, the same long walks to try and kickstart labour when we’d gone overdue, and the same attempt at a home birth that didn’t quite go to plan. This is the only memoir I’ve found that focuses solely on pregnancy, rather than parenting itself, and it’s a lovely read.

I’ve mentioned this book on the blog before, but it’s one that’s worth repeating because I’ve returned to it so often! It’s a fabulous collection of essays from working mothers with children of all ages, writing about how they manage the juggle of jobs and family. Books like this are so valuable because they remind mothers that we really can’t keep all the plates spinning all the time: there will be days when one – or even all – of the plates crash to the ground. It’s inspiring and reassuring to read how other people push through those difficult days.

I’ve long loved Anne Lamott’s famous book on writing – Bird by Bird – but have only recently read her book on motherhood. This is so brutally blunt and full of laugh-out-loud moments (the section on her cat meeting her son for the first time made me howl so hard it woke my husband up…) but there are moments of quieter introspection and sadness in it too. Definitely another great gift for new mothers, as long as they don’t mind a bit of swearing.

Liz Berry: The Republic of Motherhood

This tiny but perfectly formed poetry pamphlet is an absolute gem. The title poem, The Republic of Motherhood, won the Forward Prize for Best Single Poem in 2018 and it is included here along with a dozen or so other poems. Liz Berry is ridiculously talented (full disclosure – we used to be in a writing group together at university, and she was a bazillion times better than the rest of us, even then!) and this beautiful collection leaves me wanting so much more.

In order to stop this blog post becoming book-length itself, that’s probably enough to be going on with. If I had space to expand on my fiction selections, they would include Mothers Grimm by Danielle Wood, The Mothers by Britt Bennett, and A Hundred Small Lessons by Ashley Hay.

The books about motherhood that I haven’t yet read but would like to include: Me and Mom and Me by Maya Angelou, The Divided Heart by Rachel Power, Motherhood by Sheila Heti, Writing Motherhood by Carolyn Jess-Cooke, Mother Ship by Francesca Segal, and Meaghan O’Connell’s And Now We Have Everything.

(For an actual, practical, how to keep a baby and yourself alive guide, the only one I found to be any use was The Baby Whisperer by Tracy Hogg. It treads a perfect middle ground between the ridiculously rigid routines of Gina Ford, and the anything-goes attachment parenting approach that didn’t feel quite right for our family.)

For more book recommendations, please come and say hello on my Instagram account @ruthreadsbooks, and if there are any fantastic books on motherhood that you think I’ve missed, please let me know in the comments below.

Photo by Matt Hoffman on Unsplash

1 thought on “The Best Books about Motherhood”

I acknowledge the Tasmanian Aboriginal People as the Traditional Owners and ongoing custodians of lutruwita, Tasmania. I pay respect to all Aboriginal and Torres Strait Islander peoples and to their Elders past, present and emerging.